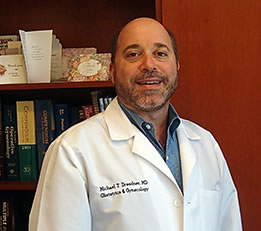 Received his medical degree from the New York University School of Medicine in 1992. He then completed his residency in Obstetric and Gynecology at Beth Israel Medical Center in New York. He is a fellow in the American College of Obstetrics and Gynecology. He is board-certified by the American Board of Obstetrics and Gynecology. Doctor Dresdner has been caring for his patients in New Jersey since 1996. He has been recognized with an award for Special Excellence in Endoscopic Procedures by the American Association of Gynecological Laparoscopists. His special interest and expertise is in minimally invasive alternatives to hysterectomy and other surgical procedures. 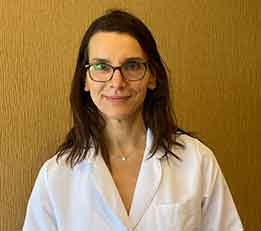 We are proud to announce that Kristina Kohler, CNM will be joining South Orange OBGYN & Infertility Group in May 2021. For the past eleven years, Kristina has been providing full scope midwifery services in the outpatient setting as well as labor and delivery care at the Monmouth Medical Center in Long Branch, New Jersey. Prior to that, Kristina lived on the West Coast where she spent six years practicing full-scope midwifery at Good Samaritan Hospital in Los Angeles and at UCLA. Kristina earned both her BS in nursing and her Masters in midwifery at New York University. As well as being licensed as a Certified Nurse Midwife by the ACNM Council, she is also licensed by the International Board of Certified Lactation Consultants. 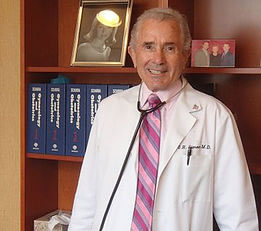 Received his medical degree from the Chicago Medical School in 1958. He completed his residency and served as Chief Resident at Newark Beth Israel Hospital in New Jersey. He served as the Associate Clinical Chief of Obstetrics and Gynecology at St. Barnabas Medical Center in Livingston, New Jersey from 1990-1992. He was Medical Chairman for Planned Parenthood from 1985-1992. Dr. Simon was listed in The Best Doctors in America, 1st Edition, 1979 and also featured in The Marquis, Who’s Who in the East, 1979. He has received the American Medical Association Physician’s Recognition Award. Dr. Simon sees non-prenatal patients.

OUR LAB – located on the premises to meet all needs and is open during normal business hours to the public and to the patients.

In Case of An Emergency

• IF YOU HAVE A SERIOUS MEDICAL EMERGENCY, PLEASE CALL 911 OR HAVE SOMEONE BRING YOU IMMEDIATELY TO THE NEAREST EMERGENCY ROOM.

• IF YOU HAVE AN EMERGENCY AND YOU ARE LESS THAN 16 WEEKS PREGNANT OR YOU HAVE A GYNECOLOGICAL ISSUE, PLEASE GO TO THE SAINT BARNABAS MEDICAL CENTER EMERGENCY DEPARTMENT. VALET PARKING IS AVAILABLE. PLEASE ALSO HAVE SOMEONE CONTACT DR. DRESDNER AT 973-763-4334 IF POSSIBLE.

• IF YOU HAVE AN OBSTETRICAL EMERGENCY AND YOU ARE GREATER THAN 16 WEEKS PREGNANT, PLEASE GO TO THE SAINT BARNABAS MEDICAL CENTER PERINATAL EVALUATION & TREATMENT (P.E.T.) UNIT LOCATED ON THE 3RD FLOOR OF THE MAIN HOSPITAL. VALET PARKING IS AVAILABLE. PLEASE ALSO HAVE SOMEONE CONTACT DR. DRESDNER AT 973-763-4334 IF POSSIBLE.

• PLEASE NOTE THAT THIS WEBSITE IS MEANT TO BE A COMPREHENSIVE REVIEW OF WHAT OUR PRACTICE OFFERS. ALTHOUGH IT PROVIDES GENERAL KNOWLEDGE OF MEDICAL CONDITIONS, IT IS NOT A SUBSTITUTION FOR MEDICAL ASSESSMENT NOR TREATMENT. WE ALSO DO NOT HANDLE MEDICAL MATTERS OVER THE INTERNET OR EMAIL. PLEASE CALL THE OFFICE TO MAKE AN APPOINTMENT WITH DRS. DRESDNER OR SIMON.